Difference between revisions of "Seasons"

This article is a stub. You can help us by expanding it 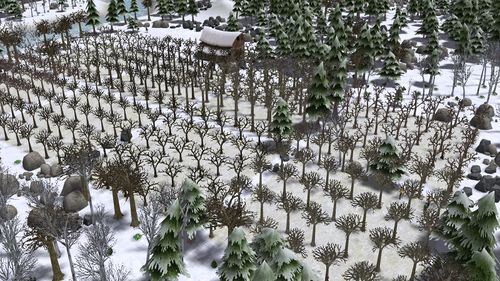 Spring is the start of a new year and when your crop are first planted. Citizens should no longer face hypothermia that they may have in winter.

Autumn should be the easiest season. Crop will be harvested making starvation unlikely and it is still warm enough to avoid hypothermia. However late in Autumn there may be an early frost which will kill any unharvested crop and lengthen winter.